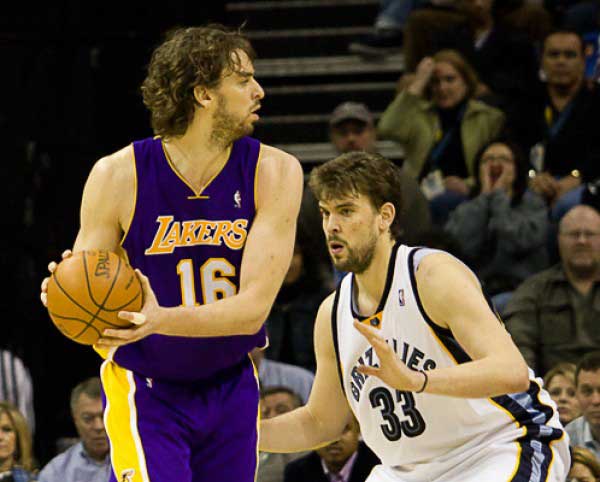 Yes Kobe scored 44 of the Lakers total 93 points, dropping 16 of 28 points, encouraging the thousands of Laker fans but the real ‘game was on’ with ‘Gasol on Gasol.’

By the way, Kobe’s 44 points mean the rest of the Lakers team scored but 49 points collectively.

However, Marc Gasol, who by the way, is shooting 60 percent from the field, is still making headlines for getting the best of Pau during that game.

What did they score, nothing impressive, but Marc Gasol did nudge above Pau scoring 11 to his 10 with 13 rebounds, while Rudy Gay netted 25, Zach Randolph 22 with 17 rebounds and Lester Hudson making a career high 13 points off the bench.

Two years after the Pau Gasol trade, and the Memphis Grizzlies seem to be doing better than just ok. What do you think? Watch a video recap here.

Wal-Mart To Build New Supercenter In Horn Lake MS, Development To Open Up Hundreds Of Jobs

Crowds Take On Black Friday Amidst News of Fight Breakouts