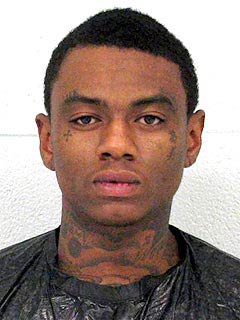 Hip Hop artist Soulja Boy who has ties to Mississippi and Memphis was arrested on Tuesday morning after a routine traffic stop. The rapper was accompanied by three bodyguards and a driver in a Cadillac Escalade which was pulled over by police in Temple, GA at around 3:00AM.

Authorites allegedly found a sizeable amount of marijuana, hand guns and cash between $50K-$70K, according to reports.

Soulja Boy born DeAndre Cortez Way, 21, was booked along with all his passengers at the Carrol County Jail on three felony charges. The rapper’s bail was set at $10,000.

In addition to finding firearms, cash and drugs, a puppy was also found in the automobile that was released to the relatives of the driver.