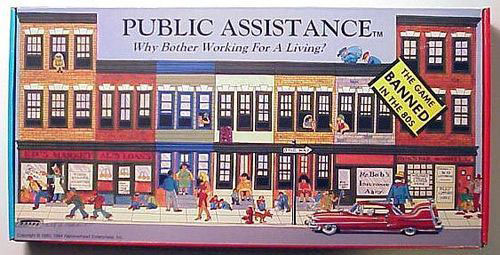 A 1980s board game called ‘Public Assistance: Why Bother Working for a Living?’ has resurfaced under the title ‘Obozo’s America: Why Bother Working for a Living?’ Although the original game was banned and removed from the market in the 1980s, a digital version of the original welfare fraud game was being sold on welfaregame.com.

The creators of Obozo’s America created and released the newer version at obozosamerica.com, and call the game a “fun fantasy game based on the preposterous notion that a Marxist clown, running on the vague and shaky promises of hope and change, could become president of the United States.”

It’s an obvious dig at President Barack Obama, who is the game’s mascot; wearing a clown suit and juggling hope and change balls.

Players begin the game with a $1,000 first of the month cash grant. There are two paths to take: Obozo’s Welfare Promenade or the Working Person’s Rut.

What are your thoughts on the game?