Cedric the Entertainer & Friends At The Orpheum Theatre – Memphis, TN 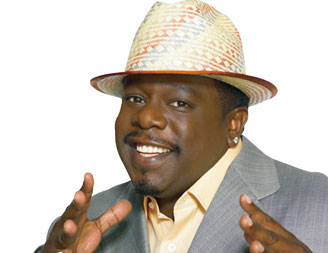 Cedric the Entertainer & Friends are returning to Memphis at The Orpheum Theatre in Downtown Memphis, TN on Saturday, November 3, 2012.

Comedian, actor and director Cedric “The Entertainer” is best known for his roles in recent hit films Barbershop with Ice Cube, Be Cool with John Travolta, Madagascar (animated feature), Intolerable Cruelty with George Clooney, and The Original Kings of Comedy, MTV’S documentary feature directed by Spike Lee. Cedric was also the star and producer of the 2004 box office hit Johnson Family Vacation (ranked the #1 comedy in America for two consecutive weeks).

Cedric was born in Jefferson City, Missouri, and raised all over the “Show Me” state, including nearby Caruthersville.

“We used to drive up to Memphis because that was our closest big city where you could actually see a McDonald’s or something,” Cedric the Entertainer recalls. “I can remember as a kid crossing that bridge and knowing you were going into Memphis off of Interstate 55.”