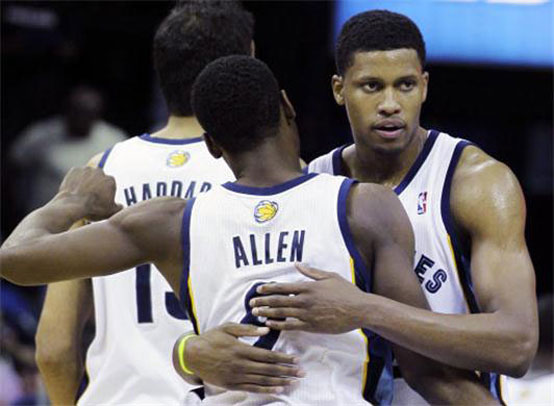 The Memphis Grizzlies suffered a shocking loss to the Los Angeles Clippers last night at the FedexForum after leading the Clippers by as many as 27 points.

Up 95-71 with 9:13 left in the game, the Grizzlies, who earned home court advantage after defeating the Orlando Magic, 88-76, scored just one field goal against the Clippers the rest of the game.

The winning baskets came from Clippers’ point guard Chris Paul, who was sent to the free throw line, after being fouled by Grizzlies’ Tony Allen, who gambled on trying to steal the ball from Paul.